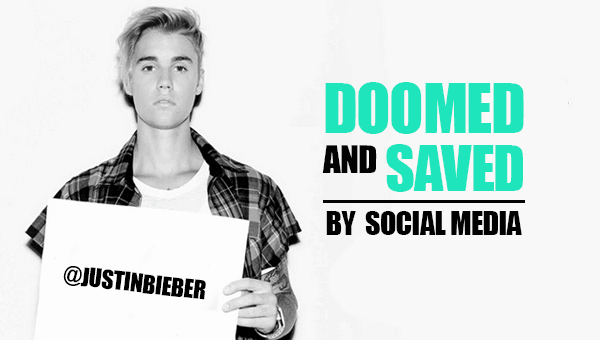 It’s been over a year that pop star Justin Bieber was charged for assaulting a limo driver in Toronto, together with a few other feuds, lawsuits, and a plethora of heartbreaks on his 2014 list. Luckily the 21-year old singer got his act together in 2015 and we, Internet users, got to follow him on his journey. Bieber still has a lot to learn, hence the “almost” saved, but we are giving him credit for accomplishing more in 2015.

We’ve all heard the new Bieber songs, and if you have not, then you probably haven’t been paying attention. The pop star released his new album titled “Purpose” on November 13th, 3 months after his single “What Do You Mean” came out. Justin and his team counted down the days for his single release by making his (celebrity) friends pose with a sign announcing the days until the release day for the number 1 Billboard song. In addition to his friends’ pictures on social media, Justin also messaged his fans on Twitter’s Direct Message the lyrics of his single prior to its release date.

Besides the single release, Bieber has been an active user of social media. Fans and followers have been following @JustinBieber across various social media platforms as the 21-year old has shared his good and bad moments with his 71.5 M twitter followers and 48.8 M followers on Instagram. Some of these moments include his naked butt photo on Instagram, followed by an apology post, countless of cancelled shows and explanations, reasons why he did not greet his fans, and his recent new girl crush posts.

The Canadian pop star often forgets the impact his influence has though that’s kind of hard with that many followers. Something we have seen more frequently with other young pop stars. With the rise of social media, fans get to follow the life of a young “doomed” pop star. Justin in response, used his social media for the greater good and showed people how it’s done, almost.

Over the years, the pop star has used his #socialmedia to explain his side of the stories and gossip and communicated this to his fans. Justin follows nearly 250, 000 of his closest fans who get to direct message him, and as busy as he is, he sometimes replies back. His fans and followers often help Justin do good. Bieber’s fans raised over $47,000 for charity that provides clean drinking water to people in need on his 18th birthday by retweeting “Setting a world record for @JustinBieber”. The pop star did the same thing on his previous birthday by asking his fans to give up their own birthday and donate $17 to the same charity.

Bieber recently did a show for his Toronto fans to raise awareness for his hometown’s, Stratford, Ontario’s food bank. The pop star tweeted that it was time to bring his album “Purpose” home, and announced his benefit concert in Toronto through social media.

Now the singer has (almost) saved himself by showing the world more of his better side and explaining through his songs and his social media platforms that he too is just a human being. We still can’t know for sure if the 21-year old will continue to stay on the good side of social media. His bad times of butt exposures on Instagram and assaults seem to be over for now, but since Justin’s favourite saying is never say never, we don’t know what the future holds. The key message one can take from all this is that Social Media can make you or break you, whether you’re a 21-year old pop star, a student, or a business.

0 responses on "Doomed and (Almost) Saved by Social Media"