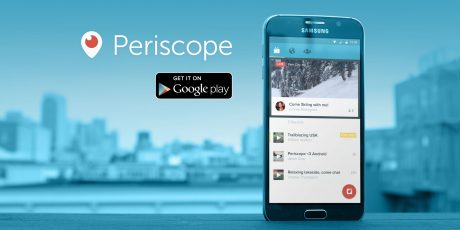 With the rise in popularity of live-streaming apps such as Meerkat and Periscope in the past few months it is more than evident that the social media world is preparing for a new era of communication.

Live Streaming has the potential to be the next big thing in the constantly changing social media landscape. Both Meerkat and Periscope are potential game changers when it comes to serving breaking news and streaming real-time events. In fact, it is now an expectation, and not just a preference, of users to be able to access pressing content instantaneously as it is delivered.  And Meerkat and Periscope have not only acknowledged this change but are implementing it as we speak.

Twitter was the first platform to successfully master the concept of live-streaming. It was able to shift the way traditional news is delivered by effectively turning every person with a smart phone or Twitter access into a reporter. Now Meerkat will take things even further by enabling its users to broadcast footage live on the ground. Imagine how incredible this would be during an important Olympic or sporting match or during a disaster like the recent earthquake in Nepal.

Unlike pre-recorded footage, which can be edited prior to posting and deleted later, Meerkat has no fancy filters, no airbrushing capability and no undoing what people have viewed. Users, however, aren’t able to go back and re-watch a broadcast once it ends. Nor can they save it to watch later, although they’ll have to manage this carefully. A number of third-party apps enabled Snapchat users to save people’s snaps to their phone. Although that too now is being restricted.

So with Meerkat rapidly growing in popularity, how long will it be until businesses start adopting this new concept? My initial guess is that it will still take a few years before it becomes widespread. Why? Companies, especially Fortune 500s, tend to be quite cautious about using social media platforms. It took a long time for many corporations to realize it was a necessity to be on Facebook and Twitter, and taking the plunge was often met with a great deal of resistance.

To learn more about how you can implement live-streaming into your social media marketing plans, DMAC encourages you to enroll in our Social Media Marketing course. DMAC also offers customized corporate training sessions for enterprises looking to upgrade their staff’s skills in areas of digital and internet marketing and web design. Click here to set up a free corporate training consultation.