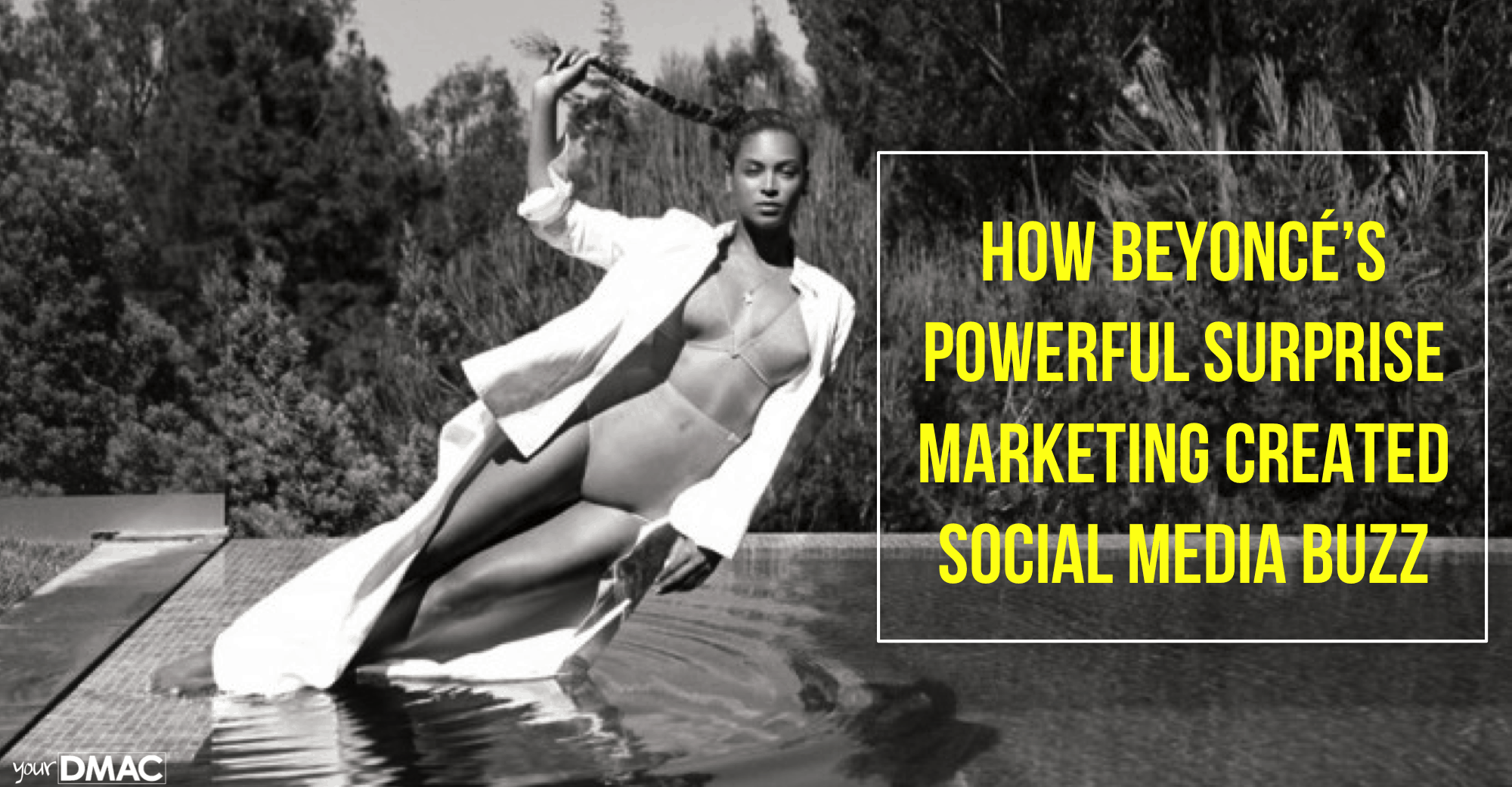 On Saturday, Beyoncé released her sixth album called “Lemonade”. Her marketing team doesn’t spend weeks or months promoting and trying to create buzz for a new album. Instead, they use the element of ‘Surprise Marketing’. For the release of her newest album, Beyoncé released a teaser trailer on April 17th, announcing an “exclusive world premiere event” airing on April 23rd. There was no explanation as to what the event was about. The anticipation of the event created a lot of online buzz; fans all over the world speculated what the release could be about. The HBO film turned out to be a visual presentation of her new album, featuring video treatments for her 11 new songs. The minute the HBO special ended, ‘Lemonade’ became available for streaming on subscription service Tidal, which is owned by Beyoncé’s husband Jay Z. We take a further look at how Beyoncé has successfully used surprise marketing in the past and how other brands are able to make use of this buzz-worthy marketing technique.

Beyoncé is not new to surprise marketing; she has successfully used it before. The most successful example is when she released her 5th studio album in 2013. One day she simply posted a short Instagram video with the caption “Surprise!” and then released her album, named “Beyoncé” on iTunes without any advance notice. This was all it took create major buzz on Social Media, Twitter reported in 2013 that 1.2 million tweets were sent out about the new album in 12 hours. The media also picked up the launch of the album within minutes, creating an even bigger buzz. Beyoncé has proven to be the queen of surprise marketing, as her newest album ‘Lemonade’ is now #1 in over 25 countries already. 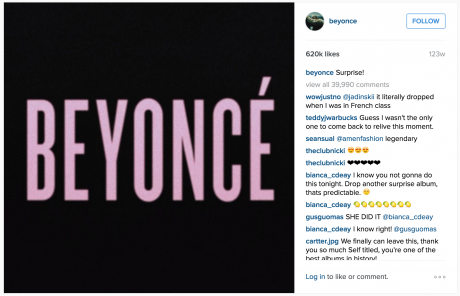 Do You Have to Be Beyoncé to Use This Strategy?

Can every brand use the element of surprise marketing? The simple answer is no. The amount of followers that Beyoncé has and her ability to get everyone’s attention so quickly is something that not many brands possess. It is however possible to incorporate some of the elements of surprise marketing into your marketing strategy. We suggest trying to use the following two elements:

1. Unexpected Announcements
Rather than trying to create a lot of buzz before releasing a sale or contest, try doing a surprise announcement. Doing this will create a sense of excitement among your target audience and might even create some Social Media buzz. A useful technique could be posting a promotion on Facebook using something like “SURPRISE: use code $15%OFF off all purchases in the next 2 hours”. This can create a sense of urgency and may promote consumer action. The success rate of a marketing campaign like this is easy to measure, as you can see the amount of orders that were placed using the discount code.

2. Make Sure to be Present Across all Platforms
Many brands have a hard time managing various Social Media channels and often decide to focus on just one or two. Beyoncé has managed to create a strong presence on nearly all major platforms, proving the success of not just focusing on one or two. Make sure your brand is present on all social media channels and try not to focus on the obvious social media choices such as Twitter and Facebook. Try to diversify with being present on new upcoming Social Media platforms such as Instagram and Snapchat. By doing so, your brand might be able to connect to new customers that you weren’t able to reach on other channels.

Beyoncé has proven the success of surprise marketing, and while many brands are not able to use the exact same strategy as the popular singer, the marketing strategy definitely has elements that can be applied successfully for other brands.