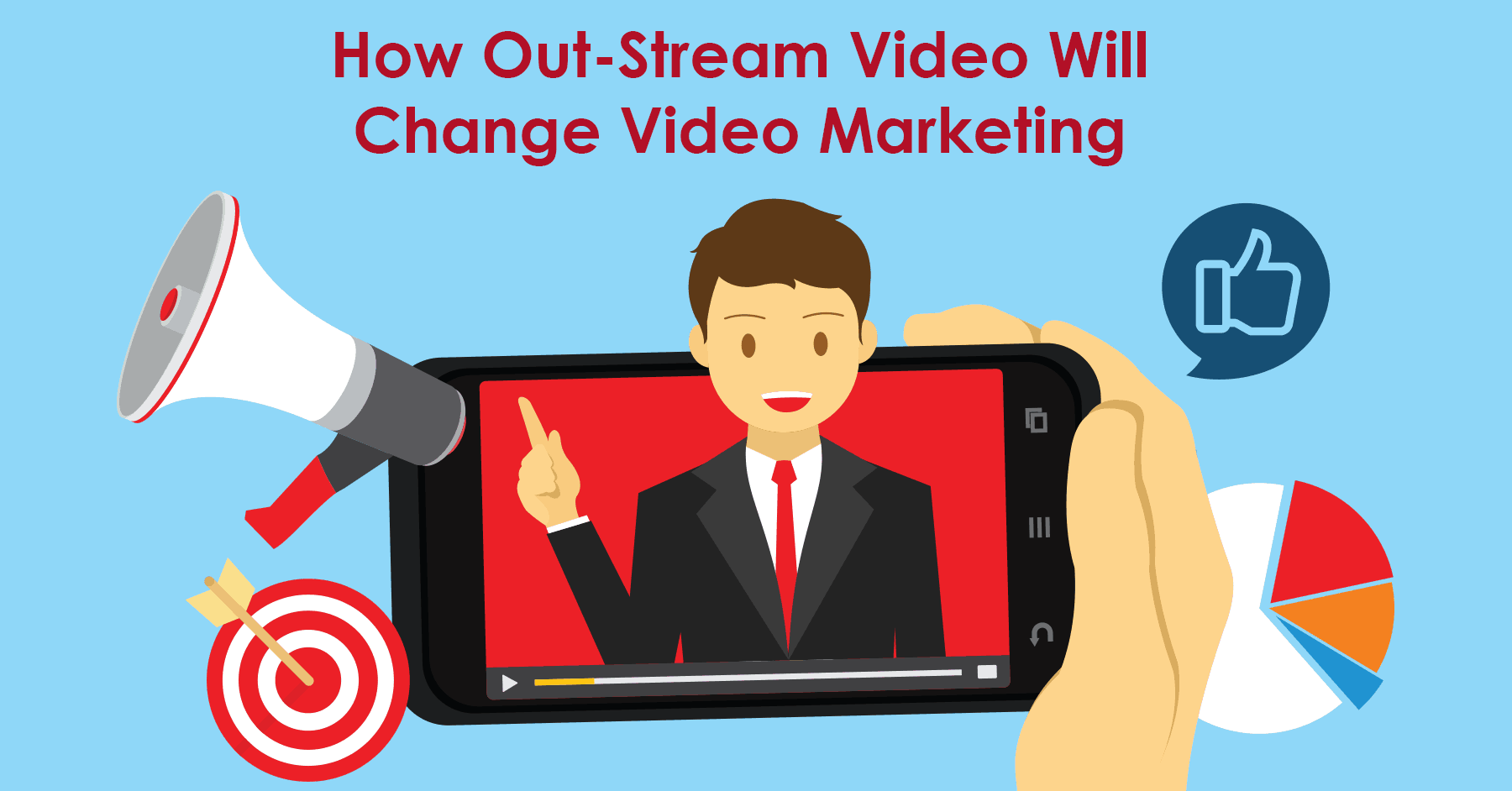 We all know video advertising. When you choose to watch a video on YouTube or basically any video streaming service, chances are you’ll have to sit through a video advertisement either before, during or after the initial video.

Out-stream videos, also known as in-read or native videos, is a totally different way of video advertising. The term ‘out-stream‘, refers to the fact that the video will not be shown before (pre-roll), during (mid-roll) or after (post-roll) online video content. Instead, out-stream video advertising can run outside of standard video players but within standard ad placements since it is not connected to publisher video content whatsoever. For example, they can be found in the corner of the page or within the content of a written article. An example of out-stream video can be found in the video below.

Out-stream videos will only deploy and play when 50% or more of the video unit is shown on the screen and can come with or without sound. Usually the sound will be activated by tapping the screen.

The Future of Out-Stream Video Advertising

It is estimated that online videos will generate 15.4 billion in spend. Cisco predicted that as from the year 2020 video will cover 80 percent of the entire worlds Internet consumption. In the United States, this number will rise to 85 percent. Furthermore, it is well known that video is the best way to captivate your audience and display your brand. Not only is video a great way to stand out from the crowd, but you can also connect emotionally with your audience by transmitting the feel, tone and story of your brand. A great advantage of out-stream video advertising is that it makes up for a limited inventory for pre-, mid- and post-roll advertisements. These days, the demand from advertisers to display their video advertisements exceeds the available video advertising placements. Basically, you could say that video marketing will play a major role in digital marketing in the near future.

Why is Out-stream Video Gaining Popularity?

Out-stream video is said to outgrow instream video advertising over time. Several factors lie at the core of the popularity of out-stream video. The three major factors are the following:

According to an internal study from Marketingland.com, the click-through rates for out-stream are, compared to a standard display or in-stream video placement, excessively high. They found an average CTR of 2.5 % across different devices, which is higher than the average click-through rate for in-stream video advertising. A possible explanation for this effectiveness can be the exclusive ability for out-stream video advertising to display video content while a user is exploring a relevant or interesting website or piece of content. This results in viewers who are more engaged with your video advertisement and thus more likely willing to click on your video advertisement. Unlike pre-roll advertising, out-stream is not a barricade to the content the consumer wants to see.

Last but not least, like it has been mentioned before, out-stream video expands your reach immensely. Video advertising is no longer limiting your advertising possibilities. The days where advertisers used to be tied to video platforms or streaming services are gone. Video advertisement can from now on be shown within standard ad placements or within the content of editorial pieces. This way you can more freely decide where on the internet you would like to meet your audience.

Check out our most recent posts