How Social Media Turned Fashion Santa into an International Brand 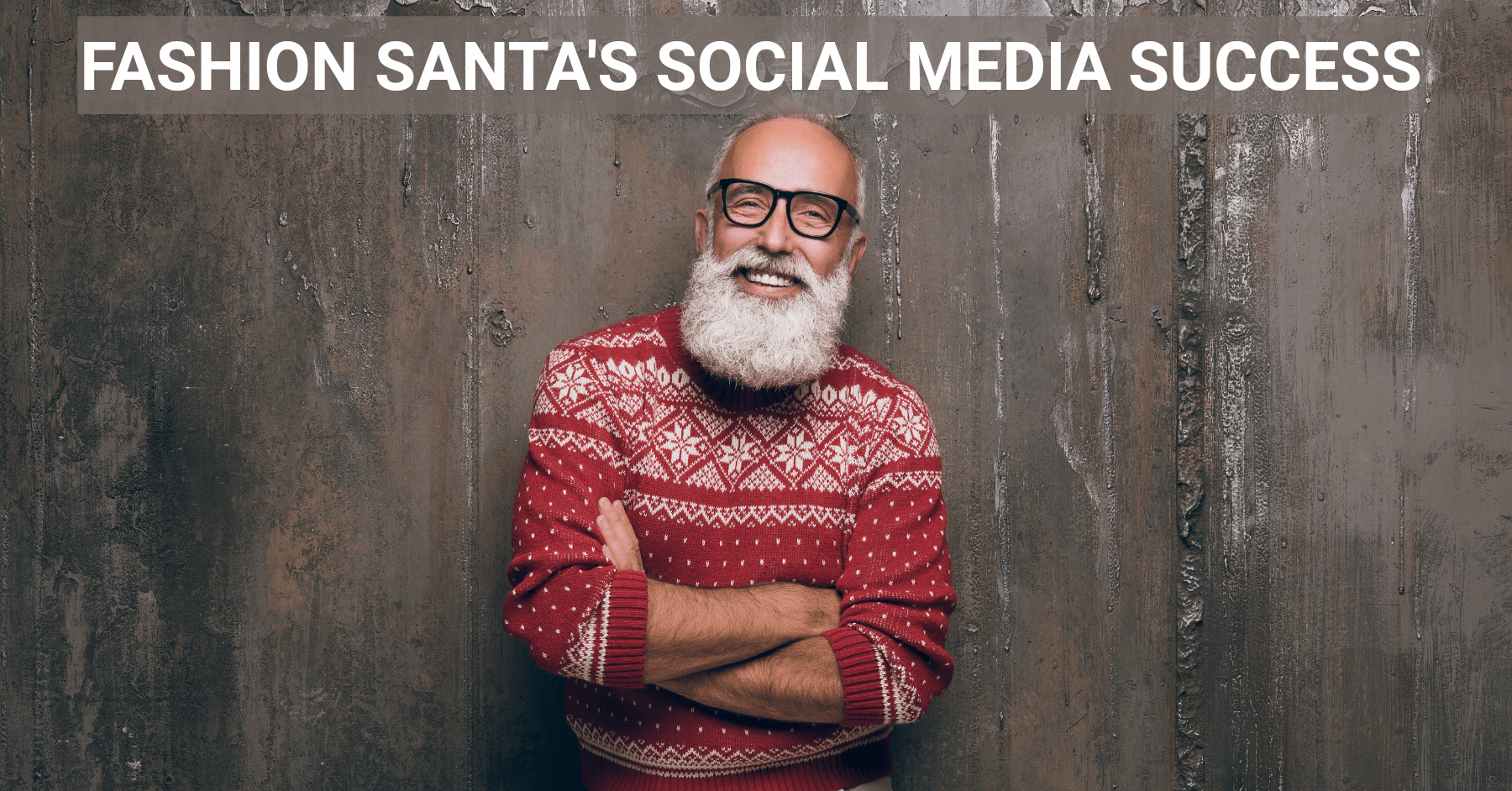 Taking photos with Santa is usually a childhood tradition, but in 2015, Toronto’s Yorkdale shopping mall gave him a makeover that attracted older demographics all across the city. When you think of Santa Claus, the first thoughts that usually pop into your head are that he’s a fat, jolly, old man with a big white beard and red hat. In 2015, Yorkdale mall tried to reinvent this perception by introducing “Fashion Santa”, a term created by model Paul Mason. Paul Mason is an attractive older gentleman that rocks a chic white beard all year long. Instead of wearing the classic red hat, and outfit stuffed to give the appearance of a man who has eaten one too many cookies, he would wear designer suits and stylish outfits from some of the high end retailers in the mall. Similar to the real Santa Claus, he sports a festive red coat, but his is Ferragamo. Throughout the month of December, Fashion Santa made appearances in the mall and women of all ages lined up to meet him. While he was at Yorkdale mall, each selfie with Fashion Santa that was posted on social media with the hashtag #YorkdaleFashionSanta resulted in a $1 donation from the mall to SickKids Foundation.

How the World Grew to Love Fashion Santa

Paul Mason started off as a Toronto-based model that was scouted at a Ryerson Fashion Show. From there, he has become a regular at Toronto Fashion week and Toronto Men’s Fashion Week. Now he is walking runways and doing appearances in Milan, Paris, and all across Asia. People not only enjoy seeing him for his handsome looks and wardrobe, but because of the brand that he represents. When this unique idea of “Fashion Santa” was introduced back in 2015, it generated a lot of buzz and received media coverage by some of the biggest new outlets all across the world. In addition, due to him being tied to a good cause, those who posed for a selfie with Fashion Santa were more inclined to use the hashtag #YorkdaleFashionSanta, resulting in it becoming a trending topic. One of the marvelous things about Fashion Santa is that he uses his brand to bring attention to important issues by frequently making appearances at charity events. Being Fashion Santa became a full-time gig for Paul Mason and this year he decided to challenge Yorkdale in court in order to affirm his trademark rights as he owns the brand. When Yorkdale tried to replace him with a younger, edgier Santa, he did not get the same recognition as Paul Mason did when he was introduced back in 2015.

What Virality Can Do for Your Brand

Brands big and small can learn a lesson from Fashion Santa. This innovative idea that Yorkdale and Paul Mason rolled out in 2015 got so much media attention that it instantly went viral. Paul Mason took something that everyone loves and spiced it up and made it appealing to a new demographic. Between the catchy title and the look, it generated buzz. This buzz quickly brought traffic to both Instagram through the hashtag and to the mall. Now Paul Mason, under the persona of Fashion Santa is doing appearances all around the world and being documented across social media platforms. He has successfully positioned himself in the minds of not only Torontonians, but consumers worldwide. When people hear the term Fashion Santa, they automatically associate it with a well-dressed and attractive Paul Mason. This goes to show that a campaign that is catchy and appealing will build your brand by increasing awareness and if done right, your global presence will benefit.

DMAC offers Online Social media Courses and Corporate Customized Digital Marketing Training sessions for businesses and individuals seeking to develop or upgrade their online marketing skills. Check out our website to see and enroll in the different courses we offer!