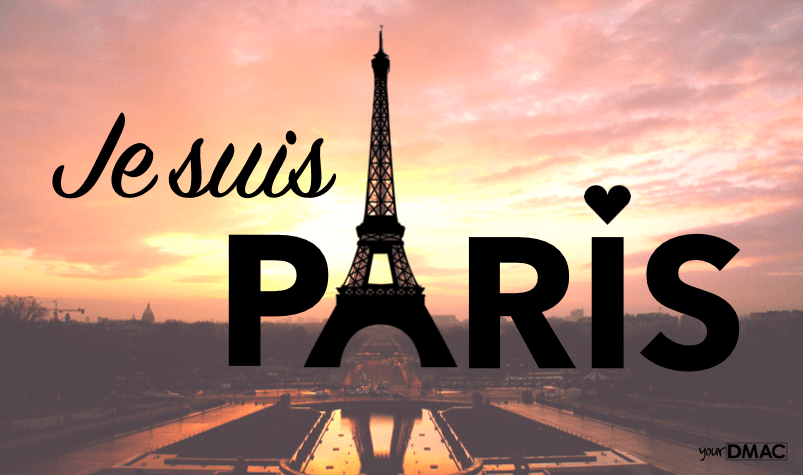 Paris is the epicenter of France’s essence; Liberté, égalité, fraternité. When translated we have the country’s motto consisting of liberty, equality and fraternity which are an excellent representation of a democratic society. This is what the recent Paris attacks targeted – democracy. Most of us were bombarded on social media with solidarity campaigns and news about the event. Let’s look at social media’s significant role in connecting and mobilizing the global community in light of these events.

The Power of Hashtags

Many have argued the #JeSuisCharlie campaign foreshadowed the recent attacks in Paris. The hashtag was created as an act of solidarity after  the attack on Charlie Hebdo’s head office, a satirical political magazine on January 7th, 2015. The global community was mobilized by the Charlie Hebdo massacre as it represented an attack on freedom of press and freedom of speech – essential features of democracy. #JeSuisCharlie trended across multiple countries and social media channels, with 3.4 million tweets in the first 24 hours after the attack.

“Je suis Paris” in English means “I am  Paris”. The slogan became viral through the hashtag #JeSuisParis shortly after  the attacks of this Friday, November 15th.  This time 6 simultaneous and coordinated attacks targeted highly populated leisure areas: the Bataclan theatre, Stade De France, Petite Cambodge restaurant, Casa Nostra pizzeria, La Carillon bar and La Belle Equipe bar. For this reason, the recent attacks have been denominated less personal, but rather civilizational. This was an attack on the western values  of democracy, and all that Paris represents – liberty, equality and fraternity. The #JeSuisParis hashtag campaign counteracts this condemnation of democracy. People across the world are using the hashtag to express solidarity with Paris. The hashtag translating into “I am Paris”, expresses that Paris’ problem is our problem as inhabitants of the western world. This attack didn’t just hit Paris it hit America, Canada, China, Australia and every other country that holds the same values as France. Thus #JeSuisParis, in essence represents a stand of solidarity and support  for democracy, human rights and freedom of speech around the world.

It’s amazing how powerful a hashtag can be and how many people can relate to such a deep message. Social media takes the prize for summarizing the global significance of this horrific event into as few as three words. The simple slogan and hashtagh #JeSuisParis democratizes the news. The events in Paris became accessible and relatable; news became a social problem that everyone and anyone can understand and relate to: Paris’ problem is our problem and we must stand together for the values the terrorist attacks are trying to destroy. 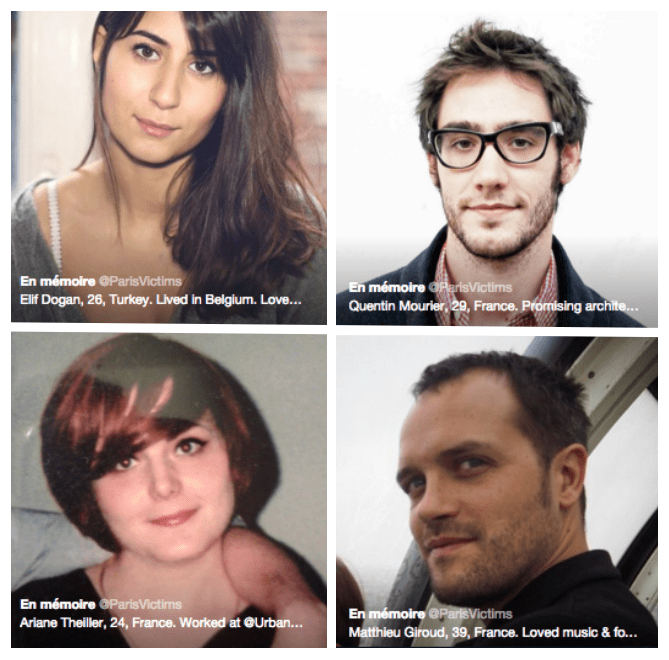 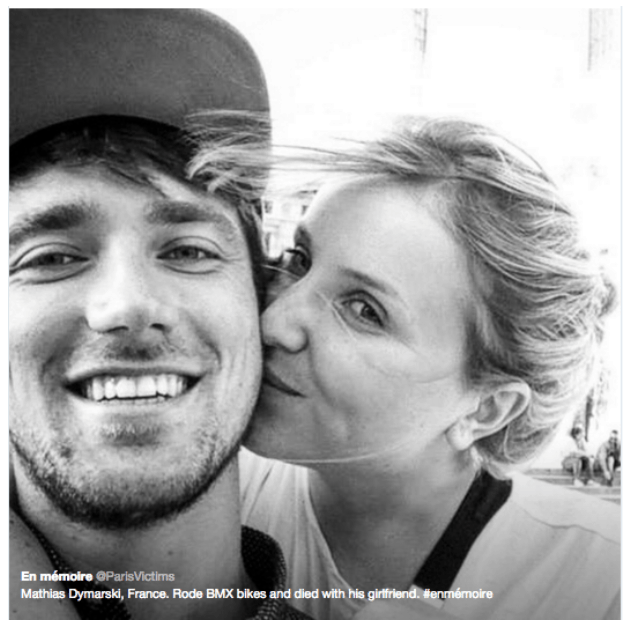 As we can perceive above, the social media campaign allows the victims to transcend being mere statistics in the news. Through pictures and real facts, the victims become human, relatable and emphasize the important message that this could have been anyone of us.

This Facebook feature allows users in an area affected by human or natural disasters to check in “safe”. According to Facebook, over 4 million users used the Facebook safety check to communicate their situation to their friends and family after the Paris attacks. 360 million users received notifications regarding the safety of their friends.

Like many other campaigns that have become viral through social media, ideas are usually generated by an individual and disseminated by many. The ideas and views of few people get spread through social media across the globe in only a few minutes through sharing and reposting. Perhaps if the creator of #JeSuisCharlie or #JeSuisParis hadn’t spread their view regarding these attacks in such simple terms the rest of the world wouldn’t have understood the relevance and impact these attacks had on the world at large. The hashtags express that the attacks targeted not only Paris but all democratic countries with “western” values. #JeSuisParis was mentioned millions of times online, yet perhaps this significant global support for Paris was thanks to social media for democratizing news and politics for a broader spectrum of humanity.

Social Media has the power of connecting the global community, disseminating ideologies and setting cultural standards. There is no question that  social media also has a social responsibility to better the world. It is clear that certain powerful social media channels such as Facebook and Twitter have leveraged this social responsibility and have changed the way in which news travels and unites the globe in an instant.

If you are in the media or news industry it is incumbent upon you to be well versed on how to harness and leverage the power of social media.  The above examples demonstrate that a properly strategized campaign can speak volumes and reach millions of people interested in joining your cause.

1 responses on "#JeSuisParis Unites the World on Social Media"