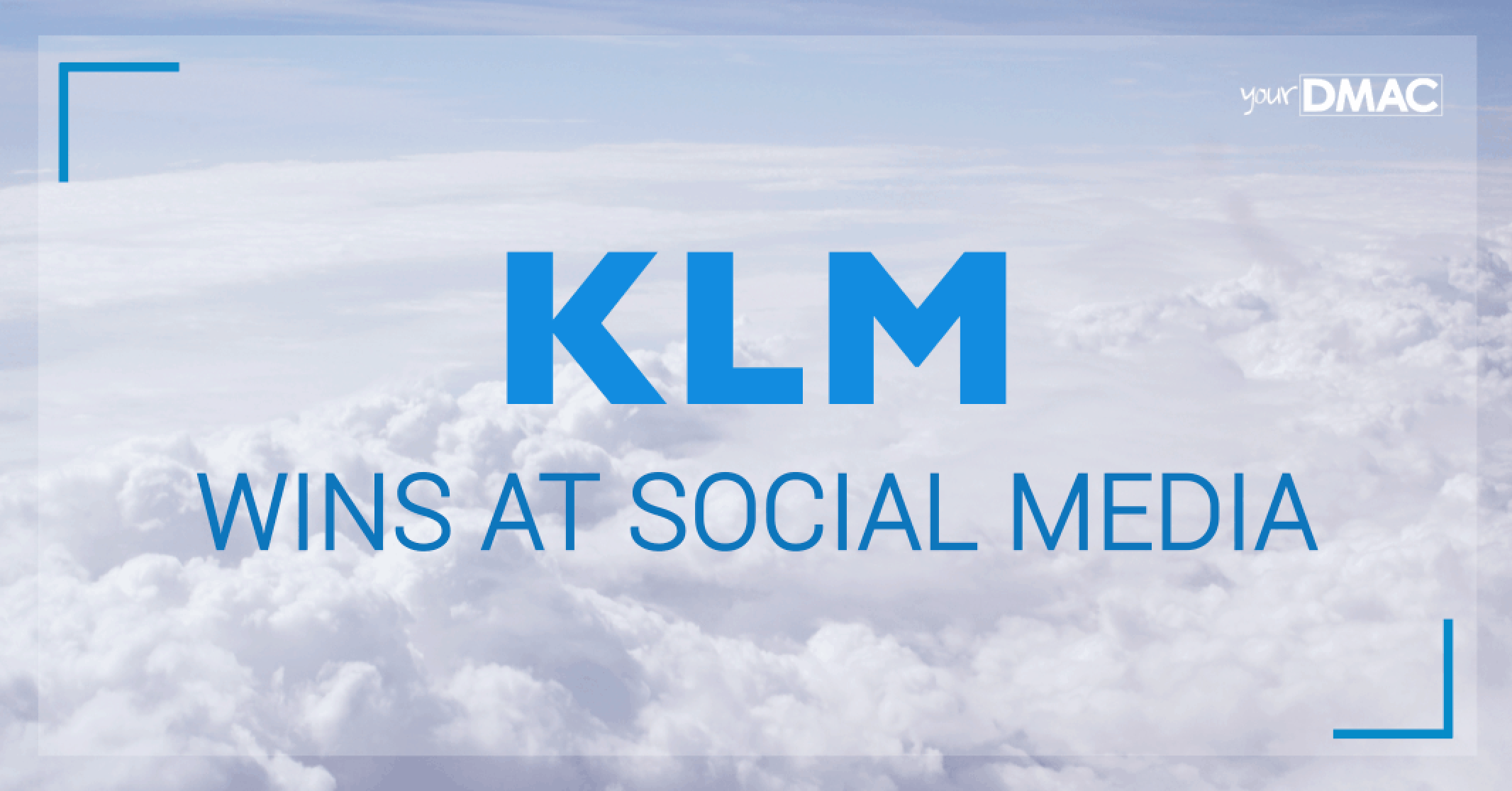 April 14, 2010 was the day that Icelandic volcano Eyjafjallajökull erupted. This caused complete chaos in the airline industry, as nearly every carrier was unable to fly. This triggered KLM to start its social media service, which grew to where they now answer about 60,000 questions a week. KLM’s social media team currently consists of 150 people who were exposed to some excellent corporate training and deal with positive and negative questions on a daily basis. KLM’s social media manager Gert-Wim ter Haar said “Teach your teams to see negative or critical questions as a chance to shine and show what service is about.”

Without further ado, here’s why KLM wins at social media.

Customers Know What They Can Expect

KLM’s Social Media service is almost like an old-fashioned customer service phone line, except you don’t have to constantly listen to some random ‘wait music’. KLM updates their response speed every 5 minutes, making it easy for customers to know when they will get a reply. Not only does KLM have a quick response rate, they’re also able to reply in 13 different languages.

They’re Everywhere the Customer Needs Them to Be

KLM is not only present on the “traditional” well-known social media websites such as Facebook and Twitter, they’re also active on many other platforms. KLM is also present on Pinterest, Google+, LinkedIn, WeChat, Sina Weibo (Chinese version of Twitter/Facebook), and VK (Russian version of Facebook). Not every company can be on social media 24/7 like KLM, but what a company can do is be where the customer needs you to be. It’s easy to tell people “you can find us on Facebook”, but if your target market is not present on this platform, you need to follow them to a social media platform where they are active on.

KLM usually answers every single question people ask, and often go the extra mile for their costumers. In the Netherlands the airline is known for their quick and witty responses on social media. An example of this is Dutch customer Remco who posted the following Facebook message:

“Dear KLM,
Thursday December 4th I’ll be flying to Miami (flight number KL 0623).
With this message I’d like to let you know that it’s my birthday on that day, I’m letting you know in advance for any possible preparations you need to make (party decorations, songs etc.) See you on the 4th!”

KLM then responded with the following:

“Good that you let us know Remco. Our party department has been set up immediately. The first idea we had, and please let us know if you like it or not, was to change the flight number to KLRemco’s-Bday-flight. Also, do you happen to have any song requests? We want to wish you a good flight in advance and are proud that you chose to celebrate your birthday with us! ;)”

KLM definitely lived up to their promise, as Remco later posted a picture of him and some of the KLM flight attendants celebrating his birthday on board. 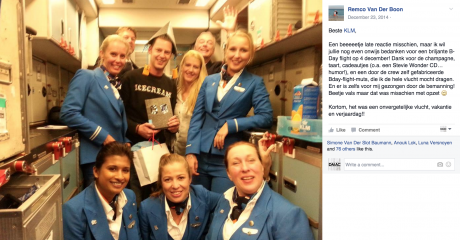 KLM’s staff obviously had excellent corporate training on how to deal with customers. They went the extra mile on social media, and it didn’t go unnoticed. The post was liked nearly 20,000 times and was shared 147 times. The story was also picked up by many Dutch news stations, creating even more attention for the airline. A great example of how much social media buzz a company can get due to good (and creative!) social media service.