Twitter’s Periscope might have opened the doors of live storytelling, but it looks like Facebook is doing what they did, but then better. Live is Facebook’s newest feature, which allows its users, as well as brands and organizations, to live stream videos to all of their friends or ‘followers’. What Periscope missed, Facebook live has. Periscope is an app separate from all big social media websites, meaning you need to download the app in order to live stream something. Many people don’t have the app, or know about Periscope yet, which makes live streaming to the app a bit useless. The app hasn’t built up a significant amount of users (or at least not comparable to the amount of Facebook users) yet. Below, we take a look at how to use this new tool and how companies and social influencers have used it so far.

How to Use This New Feature

Facebook started rolling out its new Live function in December to select users. In January the social media platform made it possible for all iPhone users in the U.S to share live videos. By the end of February, Android users and more countries were able to use this function. As of today, Facebook Live has been made available for almost all Facebook users around the world. To share a live video, simply click on ‘Update Status’ and then select the ‘Live Video’ icon. Before starting the live stream, you can write a short description on what your live stream is about and choose the audience that you want to share it with. While doing the live stream, you’ll be able to see the number of live viewers, the names of the people who tuned into your broadcast, and a real-time stream of people’s comments. Once you end your live stream, you can save your video like any other video, which you can choose to delete or leave on your Facebook page for people to watch later. You can discover live videos from friends, public figures, brands and companies in your News Feed. While watching a live video you can also tap the Subscribe Button to be notified of the next time this person or company live streams a video. 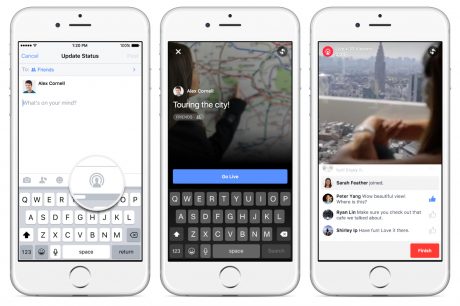 This new tool is a great opportunity for companies to interact with their followers. Public figures such as The Rock, Serena Williams, Ashley Tisdale and Michael Buble have already used the social media giant’s new function. Major media corporations have also adopted the new Facebook function into their social media usage. In the last month we’ve seen NBC’s the Today Show using the new broadcasting tool, E! Network launching a daily talk show using Facebook Live, and NPR broadcasting streaming live coverage of music festival SXSW. NPR also covered Mega Tuesday (lottery drawing in the US), which produced some interesting data. NPR said “Our Facebook Live video on Mega Tuesday, compared to a produced and edited Facebook video on a Super Tuesday, for example, had thousands more comments and seven times the view duration”. During NPR’s Facebook Live stream, hosts were asked questions that were chosen from Facebook Live comments. Facebook Live promises to be a very useful marketing tool for companies; the new function is definitely something to keep an eye on. 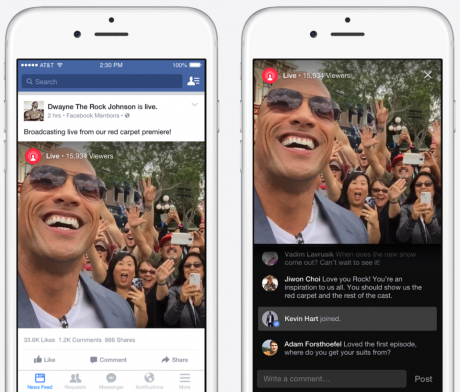 0 responses on "Move Over Periscope, Facebook Live is Here"