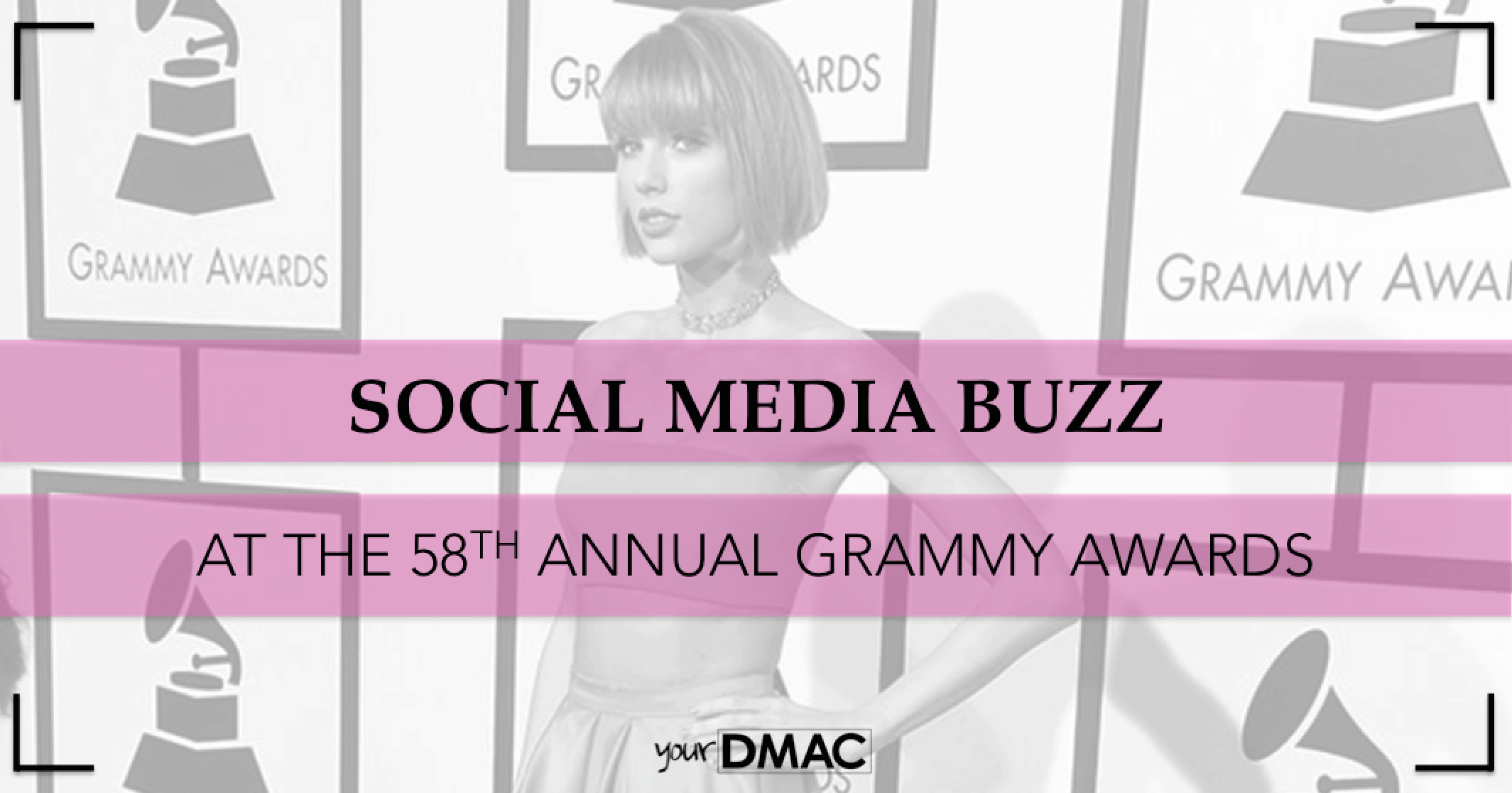 Like every year, the Grammys caused a lot of buzz on social media. All social media platforms were packed with praises and disappointments regarding the event.
Here’s an overview of the most important events of the night and how social media responded to this, as well as which artists and brands won on social media this year.

Two of the most talked about performances from the Grammy’s came from Lady Gaga and Adele.
One of them for being amazing, and the other for being not so amazing. Lady Gaga performed a tribute to David Bowie, who passed away last month at the age of 69. Gaga did a 6-minute performance and sang through nine selections from Bowie’s discography. The artist was praised all over social media for her performance:

Adele, known for her amazing live performances got quite the opposite response on social media last night. Many claimed that the 27-year-old singer sounded a bit off last night. Social media users expressed their disappointment:

Adele responded to the allegations on Twitter by saying the bad performance was due to technical difficulties, which was retweeted over 30.000 times. 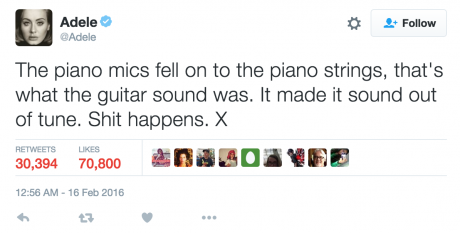 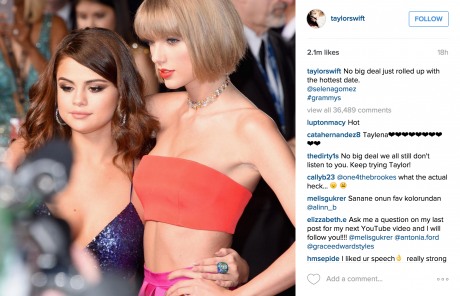 Which Brands Were This Year’s Social Media Winners?

It was not only the artists who won on social media this year, Engagement Labs released a list of the companies who did the best on social media last night. People Magazine had the highest engagement score of the night. The magazine constantly posted news leading up towards the event, as well as live updates during the event. It was Hilton Hotels who had the highest increase of likes on the social media platform, adding 972 new followers to its page throughout the night. Gucci had the second highest engagement rate on Twitter, and it was also Gucci who gained the most fans. The clothing brand added 5,039 new followers to their Twitter account during the event.

People Magazine also won on Instagram this year, with Gucci being a close second. Gucci had the highest overall follower rate gaining 11,687 news followers on Instagram. In today’s world of media, the above clearly demonstrates how companies can make impactful gains through intelligent social media presence and engagement while covering an international live event.

If you want to know more about the impact that social media has on your day-to-day lives, please visit. DMAC is an online academy offering online courses and customized corporate training sessions to businesses and individuals seeking to develop or upgrade their social media marketing skills. To learn more about our Social Media Marketing course click here. To book a free corporate training consultation click here.