The Battle Between the Face-Swapping Apps 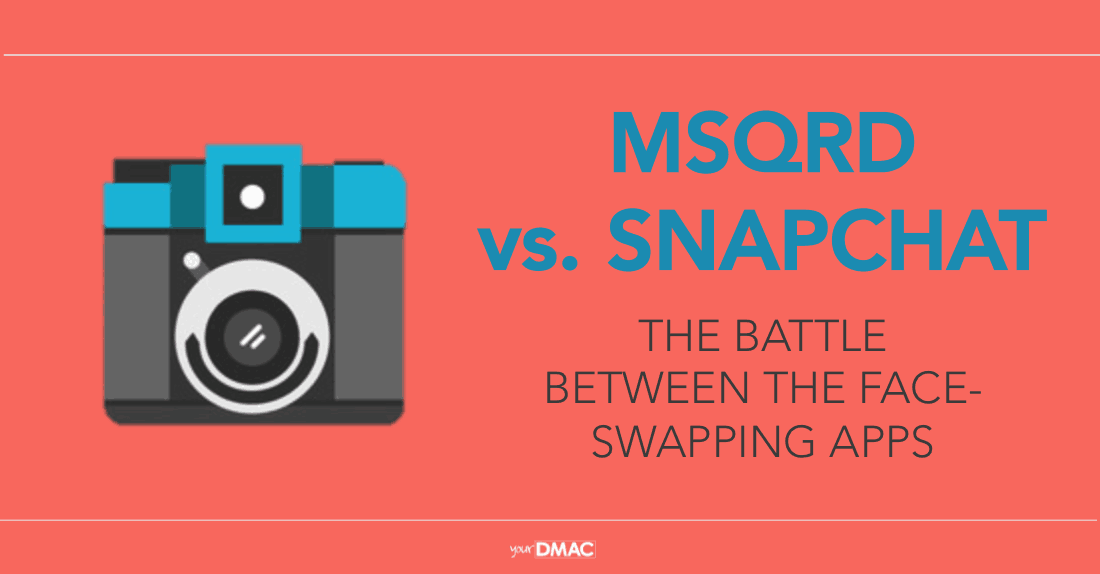 Oh snap! It looks like Snapchat has a big social media competitor to face. On Wednesday, Facebook CEO, Mark Zuckerberg announced that Masquerade (also known as MSQRD) would be joining the Facebook team. Zuckerberg did this by posting a video of him wearing an Iron Man mask using the popular app. Let’s take a closer look at Facebook acquiring this new social media giant, the differences between MSQRD and Snapchat and how the app has gone viral. 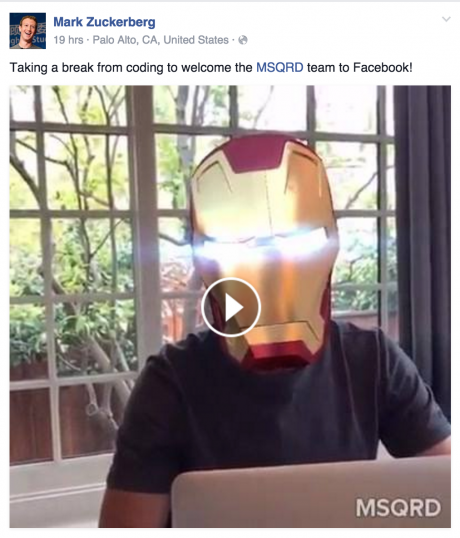 On Wednesday March 9th, Facebook acquired Masquerade Technologies Inc., the creator of the popular face-swapping app named MSQRD. The deal comes nearly three years after Facebook tried to acquire similar face-swapping app Snapchat, who rejected an offer from Facebook. The MSQRD app will continue as a standalone product, but it’s likely that we’ll soon be able to see its features inside the Facebook app. “We’re excited to join forces with Facebook and bring the technology to even more people. Within Facebook, we’re going to be able to reach people at a scale like never before“ said Eugene Nevgen, CEO at Masquerade on Wednesday.

There is one obvious competitor for MSQRD; the popular photo sharing app called Snapchat. Snapchat has been in business for quite some time now, and also offers its users the option to apply live filters to their faces. Snapchat has been doing pretty well on its own, having 100 million daily active users. However, with Facebook acquiring MSQRD, it seems possible that MSQRD will soon catch up to Snapchat. The app has already been downloaded over 15 million times and the live filters have, so far, been used over 1 billion times. While Snapchat and MSQRD are very similar, their features are also a bit different. Snapchat allows its users to send pictures directly to other Snapchat users in the app. MSQRD allows its users to save pictures and videos and also has an option where users can send these pictures or videos to major social media websites Twitter, Facebook and Instagram. Facebook is known to change firms they acquire, so we expect to see some changes in the app soon. The major danger to Snapchat is the fact that Facebook has a large older audience as well, who might be inclined to use MSQRD, while Snapchat is still stuck with their large, younger population of users. Time will tell if MSQRD will post a serious threat to Snapchat, but it looks like the chances of it being a major competitor are quite high.

With the MSQRD app only being released 2 months ago, we can safely say that it’s been a pretty big success so far. Loads of celebrities and social influencers have found its way to the face-swapping app. American television host Jimmy Kimmel featured the app on his show on February 24th. Watch the video below:

Other celebrities that have used the app include Chris Brown (as “the Joker”, see picture below), Snoop Dogg, Zach Braff, Liam Payne and Charlie Puth. 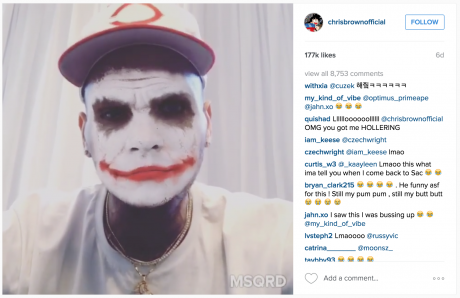 We look forward to seeing the app develop even more, and are curious to see who will win the “face-swapping war”.

0 responses on "The Battle Between the Face-Swapping Apps"